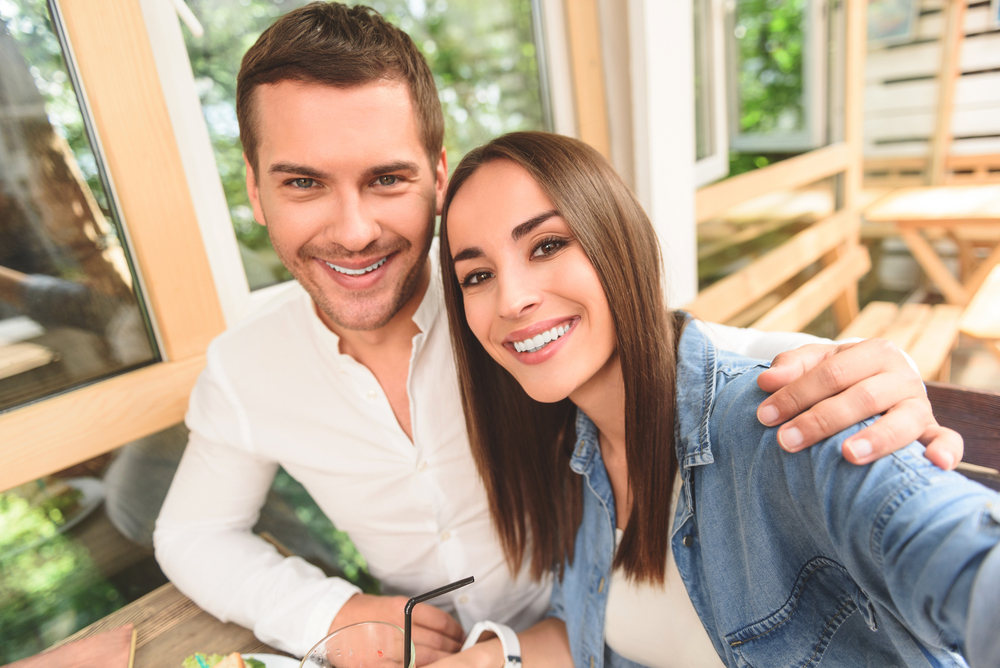 Augmented reality. It’s one of those futuristic, high-tech-sounding terms we’ve all heard once or twice but have no idea what it really means. Well, augmented reality is a little bit like virtual reality, except it changes what is already there – in other words, it allows you to see a projected image of something over an already existing thing or image. This fascinating technology is already being used in everything from video games to car repair and civil engineering – and it soon may have a new use: at your dentist’s office! You read that right – augmented reality could be coming soon to a dental clinic near you. Here’s why. Imagine you are preparing to invest in something you’ve wanted for a long time: a healthy, beautiful smile. But in order to do so, you need to invest in a full-mouth reconstruction – a deluxe smile makeover, if you will. The problem is, for the amount you’re investing, how can you be sure you’ll get the results you want? That’s where augmented reality (or AR) steps in. A new startup in Switzerland is developing software that uses augmented reality to superimpose an image of a made-over smile onto the faces of patients seeking to undergo cosmetic dentistry procedures, and it could change the whole industry. “Being able to show patients what kind of results they can expect will be a game changer,” says Dr. Alexandra George of Wexford, Pennsylvania. “For some patients it’s hard to imagine what that might look like.” George performs everything from teeth whitening to full-mouth reconstruction in her Pennsylvania practice. She says the new software will be a useful tool for dentists. “The software doesn’t just superimpose an image – you can actually adjust that image,” says George. “So if the patient doesn’t like what they see, they can make changes.” And that’s very good news for both patients and dentists. “We want patients to be satisfied with their smile,” George says. “If they’re able to get a better idea of what they can expect, that will eliminate any surprises in the end. And if they see something they don’t like, it empowers the dentist to be able to correct the treatment plan before the treatment even begins.” That can save valuable time, money and frustration. “Bottom line, it’s your smile, and it’s your money,” George says. “We want you to be satisfied with our work, and if this software can create realistic expectations of what your final outcome looks like, everyone wins.”