Clearing Things Up About Colorless Beverages 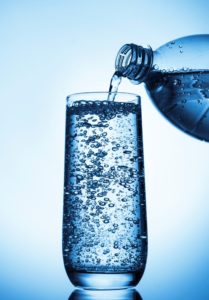 If you love the taste of coffee or carbonated beverages but have been skipping them because of the way they discolor your teeth, there may be some good news. Several new products hitting store shelves have been designed to give you back the drinks you love without dulling your smile. But are these new drinks too good to be true?

We all know someone who isn’t quite themselves until they’ve had their morning cup of coffee, but drinking coffee has its drawbacks. Coffee breath, tooth sensitivity, and of course enamel stains are just a few of the downsides to drinking the number one beverage in the world, until now. That’s because recently, a pair of U.K. based brothers named David and Adam Nagy developed a crystal-clear, brewed coffee drink called CLR CFF, which is brewed using a proprietary method that enables regular old coffee beans to make colorless coffee. But while the Nagy brothers won’t reveal their methods, they will sell you a bottle of CLR CFF for about the same price as a designer cup of coffee at your favorite coffee chain, plus a few dollars shipping from the U.K.

So, is CLR CFF better for your smile than regular coffee? Dr. Alexandra George of Pittsburgh, Pennsylvania thinks it could be.

This is because while CLR CFF has no artificial flavors or colors, it still has the same high acid content as traditional coffee, and while the coffee bean itself won’t stain your teeth, it can still weaken and discolor your tooth enamel.

“Acidic beverages like coffee soften the enamel of your teeth, making it easier to damage the enamel, and cause enamel erosion,” said George. “Enamel erosion can make your teeth look just as yellow as coffee stains, except with enamel erosion the damage is permanent, and cannot be whitened away.”

This is why according to George, it is important to treat products like CLR CFF the same way you would traditional coffee, such as by rinsing your mouth after drinking, and not brushing your teeth too soon after consumption to give your tooth enamel a chance to harden back up.

“Brushing your teeth when your enamel is softened from acid can damage the enamel by leaving indentations and pitting from your toothbrush,” said George. “I recommend you wait at least 30 minutes after consuming acidic foods like coffee, fruits, and soda before brushing your teeth. And yes, this rule applies to those sparkling flavored waters that everyone is drinking, too.”

She is speaking of course about drinks like La Croix, the fruit-flavored sparkling waters that are quickly replacing traditional, colored sodas as the carbonated beverage du jour.

“Sparkling water will not stain your teeth like cola will, and because it’s sugar-free it won’t encourage cavities like regular soda does, but it’s still very acidic due to the fruit flavoring and carries the same risks as clear coffee for your enamel,” said George.

So, are these drinks worth the switch, or should you stick with your regular cola and coffee?

“I think they definitely are better for your health overall, but you shouldn’t treat them like you would a glass of water just because they’re clear,” George said. “The same oral care rules apply whether your drink is clear or colorless.”